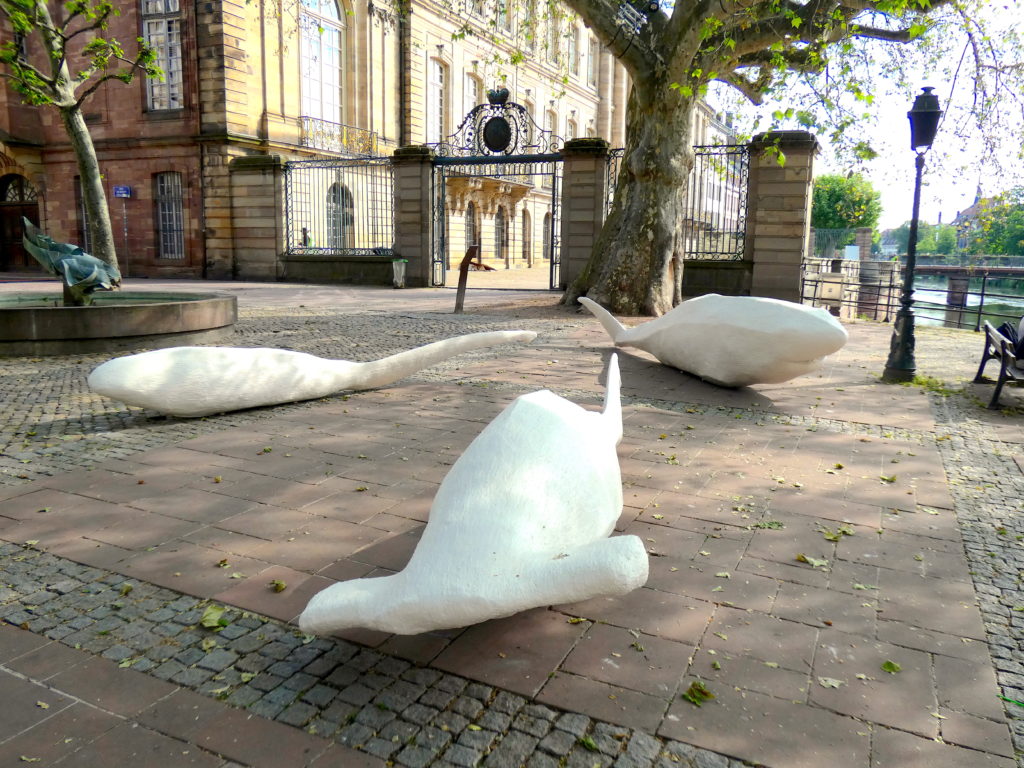 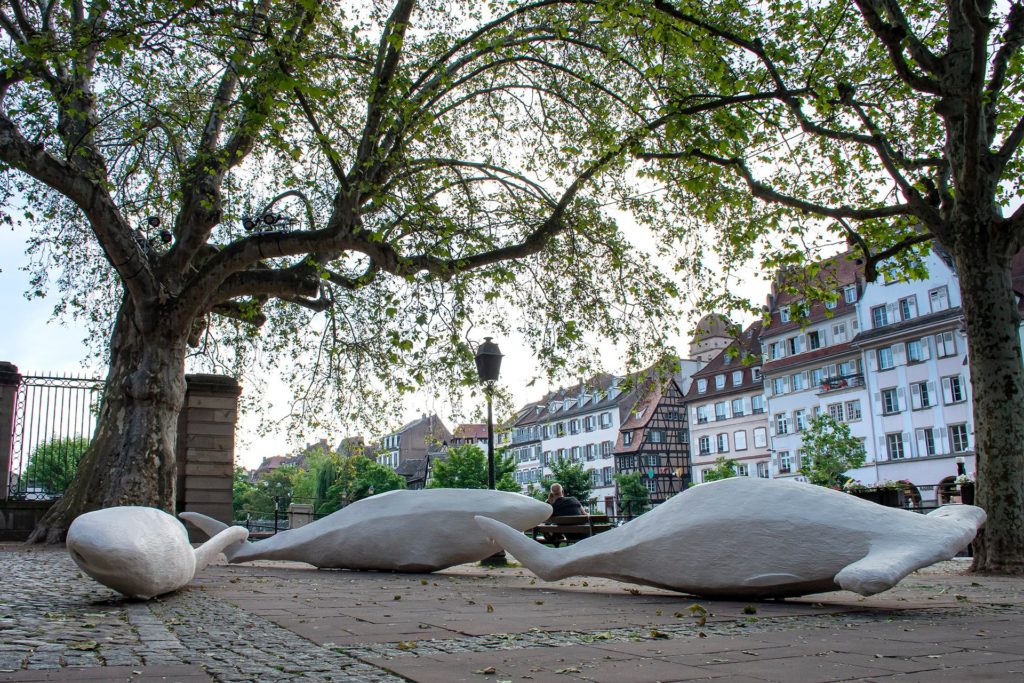 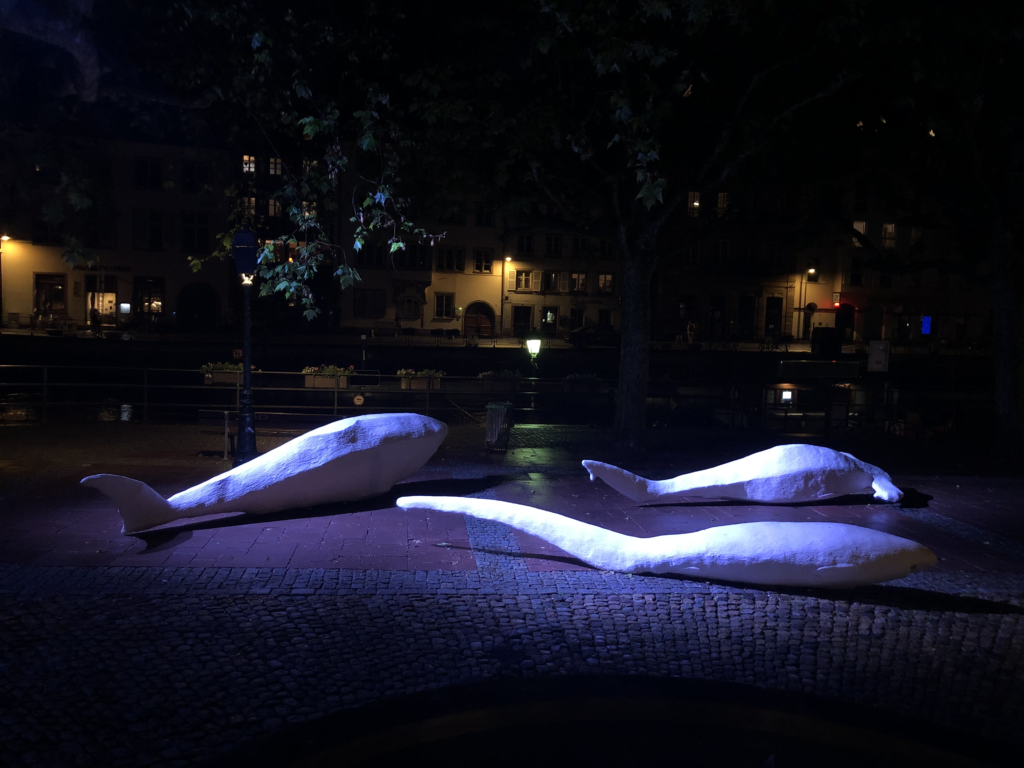 Created in Fishmarket Place in Strasbourg, as part of L’Industrie Magnifique 2021.

Sharks are massively victims of the very profitable trade of their fins. Since the 10th century, they have been attributed a number of miraculous virtues. However, it has been widely demonstrated that it is a myth and that, on the contrary, they are bioaccumulators and therefore carry high levels of heavy metals. Ironically, they have no taste.

The work consists of three life-size sculptures of sharks (white, hammerhead and fox) with their fins amputated. Each time it emits a sound, a shark is thrown back into the sea without its fins, destined to an agony of several days.

The phenomenon is so massive that shark numbers have decreased by more than 90% in the areas concerned. However, the disappearance of the greatest predator from our oceans would cause serious imbalances in the marine ecosystems that provide us with most of our oxygen.

Thanks to : Nathalie Schultz, Thierry Danet